Celebrating the peak perseverance of Bosideng and the Chinese national climbing team, Bosideng launched the industry-recognized and award-winning Mountaineer 1.0 down jacket. After two years of R&D and innovation, it returns with a brand-new fully-upgraded Qomolangma Ⅱ.

On November 25, Bosideng officially launched its Qomolangma Ⅱ down jacket, a 100% China original design. Seasoned professionals from the industry, including Ci Luo, deputy leader of China national climbing team, Li Yuansheng, the first and former head of Kunlun station in the Dome A region in Antarctica, and Lei Diansheng, an explorer and top hiker in China, joined Bosideng at the show as first product experience officers of Qomolangma Ⅱ. A great number of industry specialists, professional associations, and major media witnessed the sci-tech charm of the new design.

Compared with Mountaineer 1.0, the new Qomolangma Ⅱ embraces breakthroughs in thermal protection and technology application. With over 500 steps in process of making, over 300 professional tests, and 5 rounds of stress tests in extreme conditions at Mount Everest and Antarctica, the new design ensures every down jacket can resist real-world extreme weather conditions, providing warmth and protection at the same time. For the first time in history, aerospace technology is used in down jackets with four core thermal protection and temperature regulating applications, enhancing the warmth of Qomolangma Ⅱ by 15% and above market standards.

Meanwhile, to optimize the comfort of Qomolangma Ⅱ in extreme conditions, Bosideng went through its database of over a million pattern designs to create the best fit for Asian people, which is 20% lighter, 15% less garment length, and major enhancement for easy movement. The overall wearing experience is more lightweight and slimmer with more comfort and flexibility.

Li Yuansheng, the first and former head of Kunlun station in the Dome A region in Antarctica, said that the upgraded Qomolangma Ⅱ carries the 45-year dedication of Bosideng, making it a top fit in the industry.

When Ci Luo, deputy leader of China national climbing team, spoke of Qomolangma Ⅱ, the new gear of Bosideng, he said, "For our climbers, we feel proud and warm wearing a homegrown brand, especially in extreme conditions." 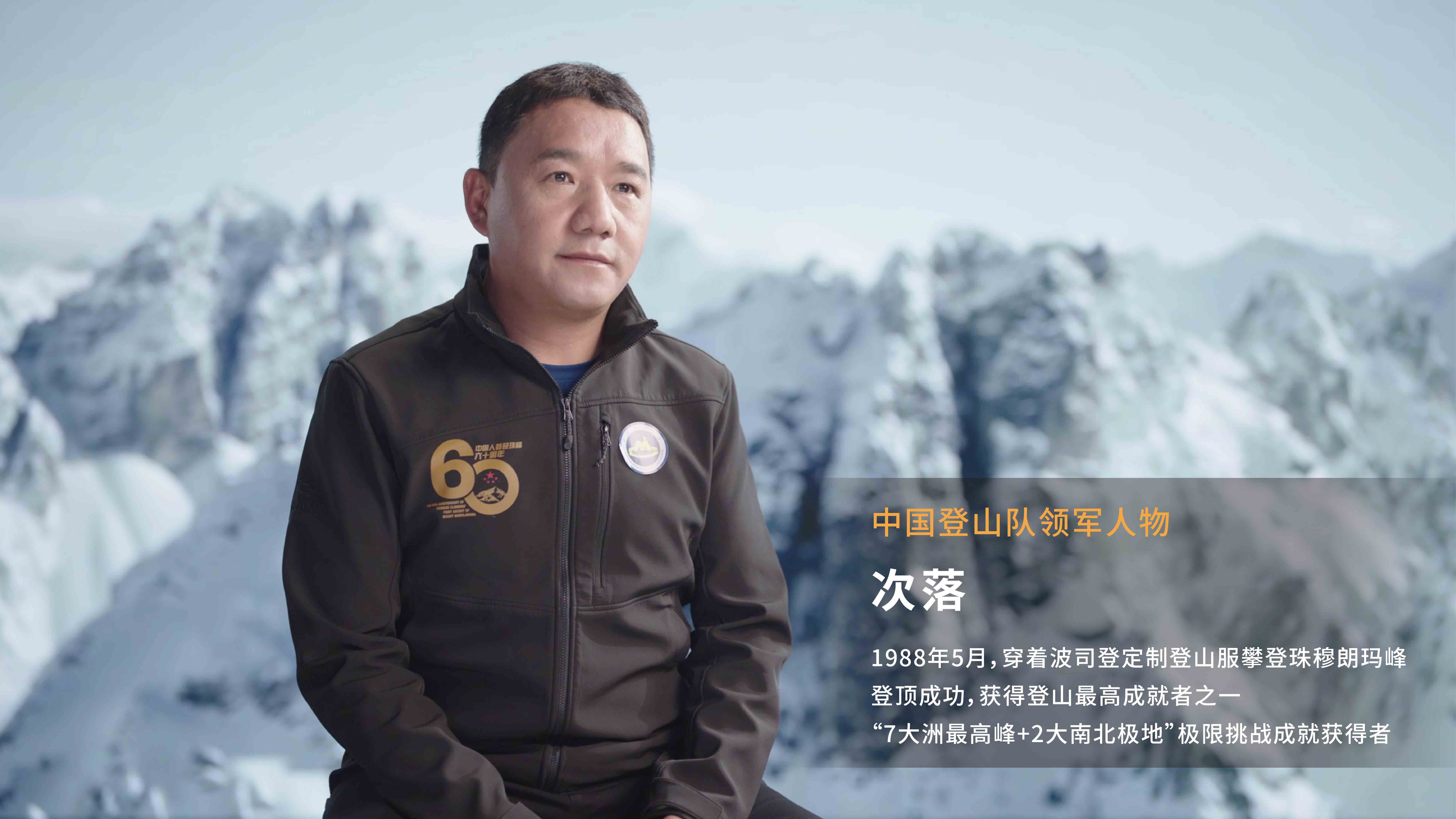 Qomolangma Ⅱ, with its unique cold-resistance capacity and technology-led design, is a perfect match for outdoor professionals, earning universal recognition by the first product experience officers.

The new launch arrives in 3 styles. In terms of professional thermal protection, Qomolangma Ⅱ adopts the world-recognized rare goose-down blends from the premium origin located at the 43rd north parallel in China. The goose down has a fill power of up to 1000, and its down content reaches 95% of the theoretical limit of the down content of down jacket. The inside is made of heat-storing bichromatic fabric, which uses far-infrared rays for thermal insulation by absorbing and reflecting body heat. In addition, to allow Qomolangma Ⅱ to have a more three-dimensional temperature-locking performance, a further upgrading was made, a patented independent innovation, to apply a multi-layer three-dimensional filling structure.

In terms of technology integration, Bosideng collaborated with China Aviation Industry Culture Center to innovatively adopt aerospace fabric in garments for the first time in history. The PCM intelligent thermoregulation fabric, used in China's aviation industry, features heat absorption for energy storage at higher temperatures and heat release for thermal protection at lower temperatures, creating a constant temperature between 31℃ and 33℃ for Qomolangma Ⅱ down jacket. Meanwhile, by collaborating with China Aviation Industry Culture Center, Bosideng makes the new series more windproof and rainproof with enhanced anti-friction performance. It is worth mentioning that for the first time in history, Bosideng applies BeiDou Navigation Satellite System for Emergency Rescue, one of the three major global navigation satellite systems, in Qomolangma Ⅱ, providing most professional security and protection for users through accurate and smart location services.

With professional improvement and cutting-edge technology adoption, Bosideng Qomolangma Ⅱ manages to beat the first-generation design and becomes the best-performing down jacket in the world.

The brand-new Qomolangma Ⅱ brings together research and development capabilities from over 100 experts from the national climbing team, the Antarctic Research Expedition team, and BeiDou Navigation Satellite System developers. It is not only a top-level quality verification in the industry but also the inheritance and development of the"Spirit of Summiting", which is also an important part of the Chinese spirit. 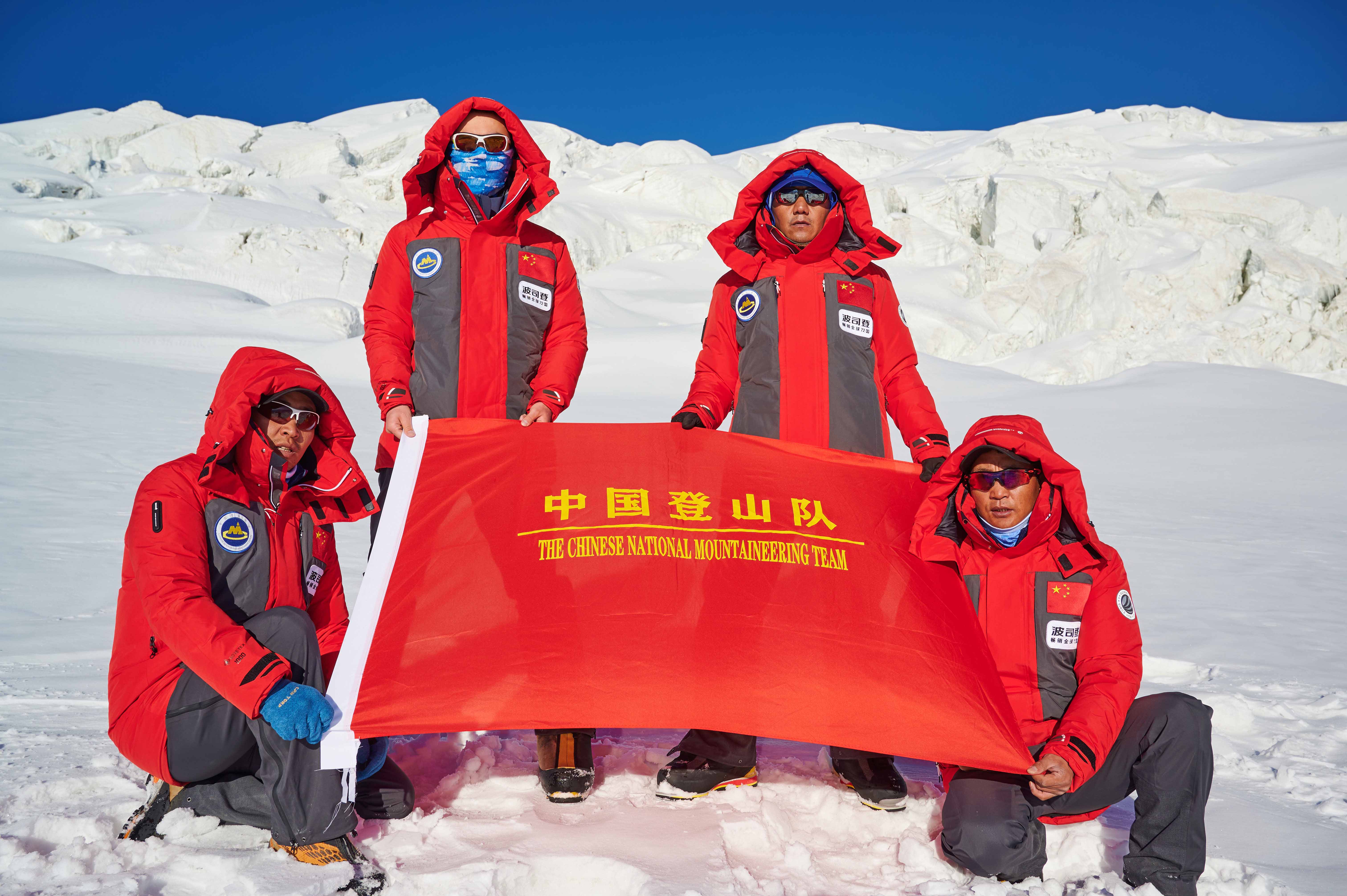 Apart from the field of mountaineering, Bosideng also spared no effort in supporting China's cause in sports and scientific expeditions in polar environments. 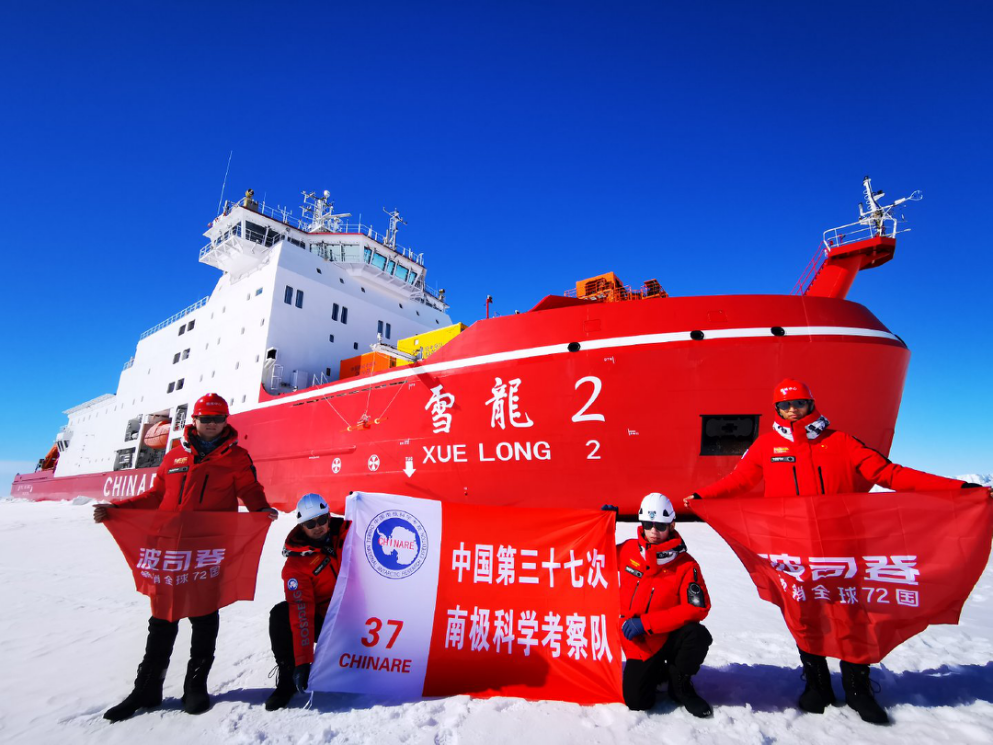 "Reliable cold-resistant protection equipment is the premise for our scientific expeditions in Antarctica," Li Yuansheng, the first director of China's Antarctic Kunlun Station, once spoke highly of the brand, "The down jackets designed by Bosideng for our Antarctic expedition team fended off the severe cold in Antarctica, thus securing our expedition mission.”

True to its mission of "warming the world", Bosideng has been dedicated to fulfilling social responsibilities and demonstrating to the world the confidence and strength to climb the "highest peak" in the industry. Its 45 years of uncompromising craftsmanship has empowered full improvement of the brand’s position in the market, making it a highly recognizable label on the global stage. In August this year, Euromonitor International, the global influential research agency, released a global down jacket research report, according to which Bosideng has become No.1 globally in sales, both in amount and volume.

Today, the launch of the Bosideng Qomolangma Ⅱ has risen far above the imagination of the industry and consumers for high functioning down jackets, setting a major milestone in the evolution of down jacket technology. Its launch is not only the inheritance of the “Spirit of Summiting”, but also a demonstration of Bosideng, with 45 years of dedication in down jackets, to take concrete steps toward becoming a global leader and realize another major brand upgrading.

Facing an ever-changing international market landscape, outstanding homegrown brands from China, represented by Bosideng, have joined their international peers to become top-performing brands and even stronger, through sustained improvement in both product quality and brand capacity. Taking the launch of top-fit Qomolangma Ⅱ, a 100% China original design, as a key opportunity, Bosideng strives to further improve the global influences of Chinese national brands as a leader in the global professional down jacket market.