Event
Bosideng Works with National Theatre of China to Debut "Leader of China Down Jacket Industry", a Live Theatre Show

On December 16, 2021, Bosideng held the "Leader of China Down Jacket Industry" live theatre show in collaboration with National Theatre of China. With the pioneering concept of "theatre show" in the industry, the event is a vivid interpretation of the 45-year history of the legendary down jacket fashion brand. A star-studded night, the show brings together Bosideng Brand Ambassador Yang Mi, Actress Chen Ji, Actor Duan Yihong and many other celebrity guests. Wu Yue, an actor of National Theatre of China plays the role of young Gao Dekang on stage. Industrial leaders, including Angelica Cheung, founding editor-in-chief of Vogue Fashion and Beauty and venture partner at Sequoia Capital China, Han Xiaopeng, an Olympic champion and member of the Athletes Committee of the Beijing Winter Olympics, and Ci Luo, coach of China National Climbing Team and leader of the 2020 Mount Qomolangma Height Measurement Team, also join the brand to witness the launch of the theatre show of Bosideng. 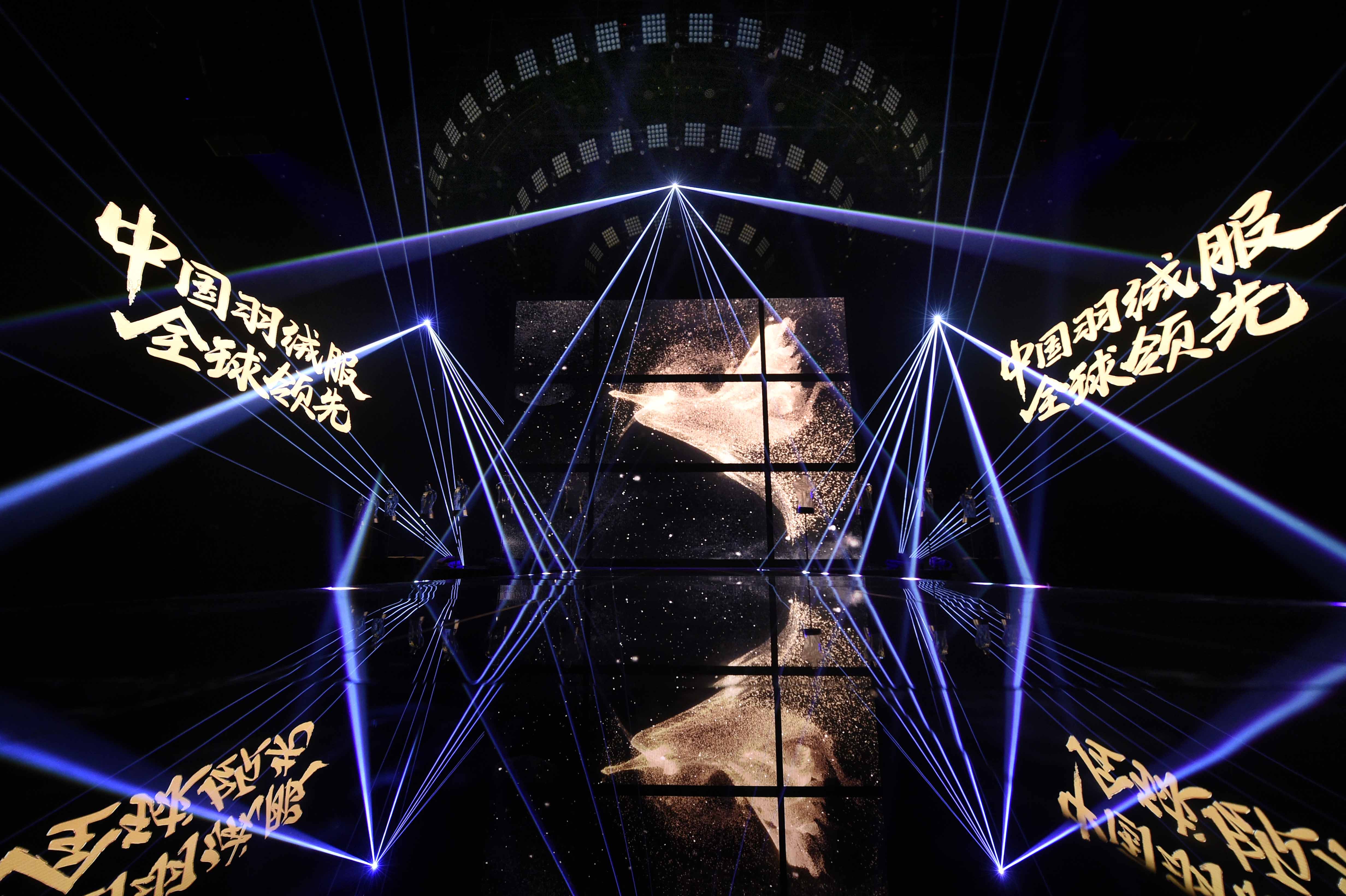 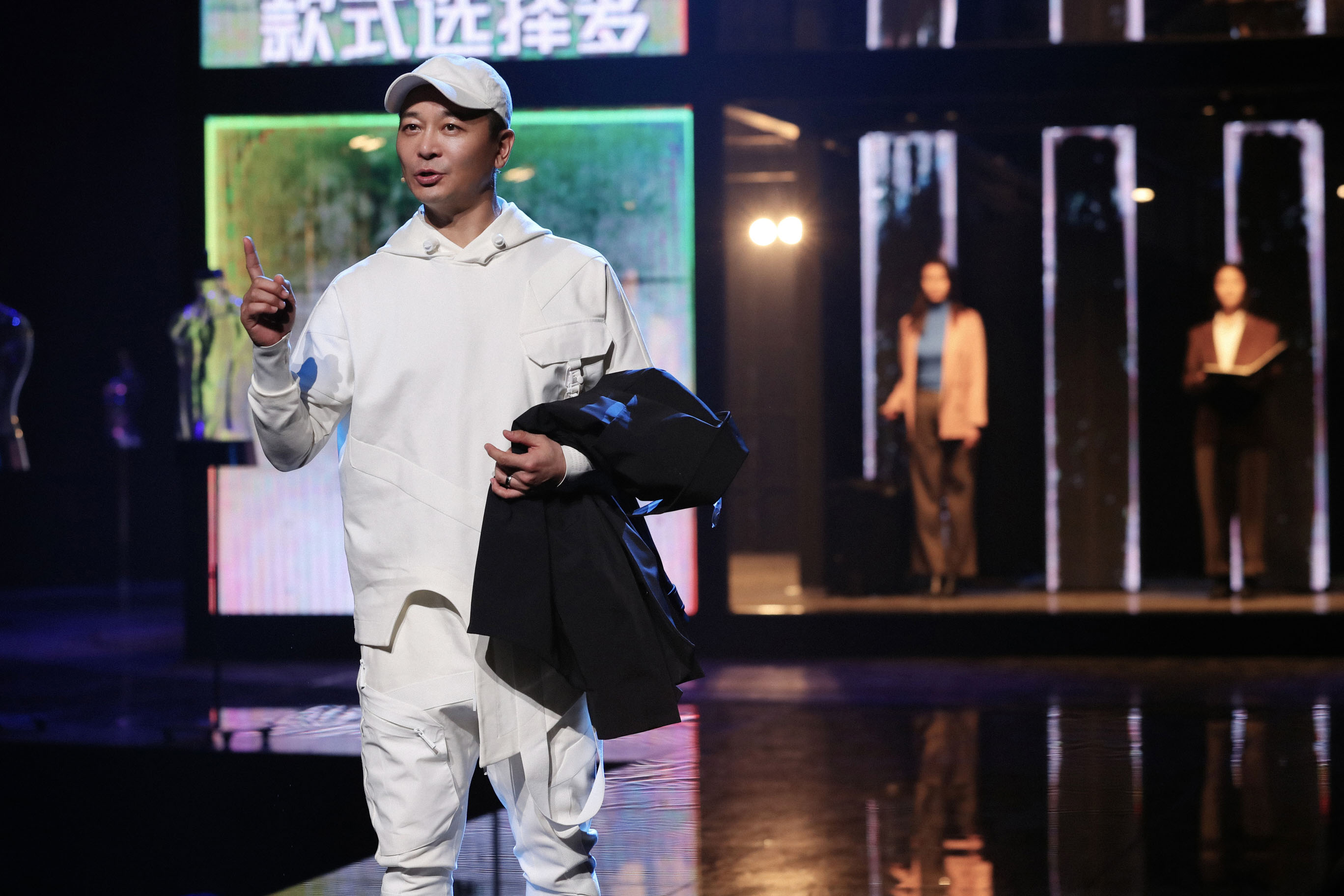 Angelica Cheung, founding editor-in-chief of Vogue Fashion and Beauty and Venture Partner at Sequoia Capital China, says after the show, "Innovative, mind-blowing, and professional. That's the impression I have for today's show. Bosideng stages the oriental aesthetics to the world and helps it stand out. It is truly an international brand that belongs to everyone in the world. I am confident that Bosideng will be a leader of Chinese homegrown fashion brands and dazzle the rest of the world."

Han Xiaopeng, an Olympic champion and member of the Athletes Committee of the Beijing Winter Olympics, and Ci Luo, coach of China National Climbing Team and leader of the 2020 Mount Qomolangma Height Measurement Team, comment that as a brand born and nurtured in China, Bosideng accompanies and supports Chinese athletes and mountain climbers to be at their best and also demonstrates the power of China to the world. 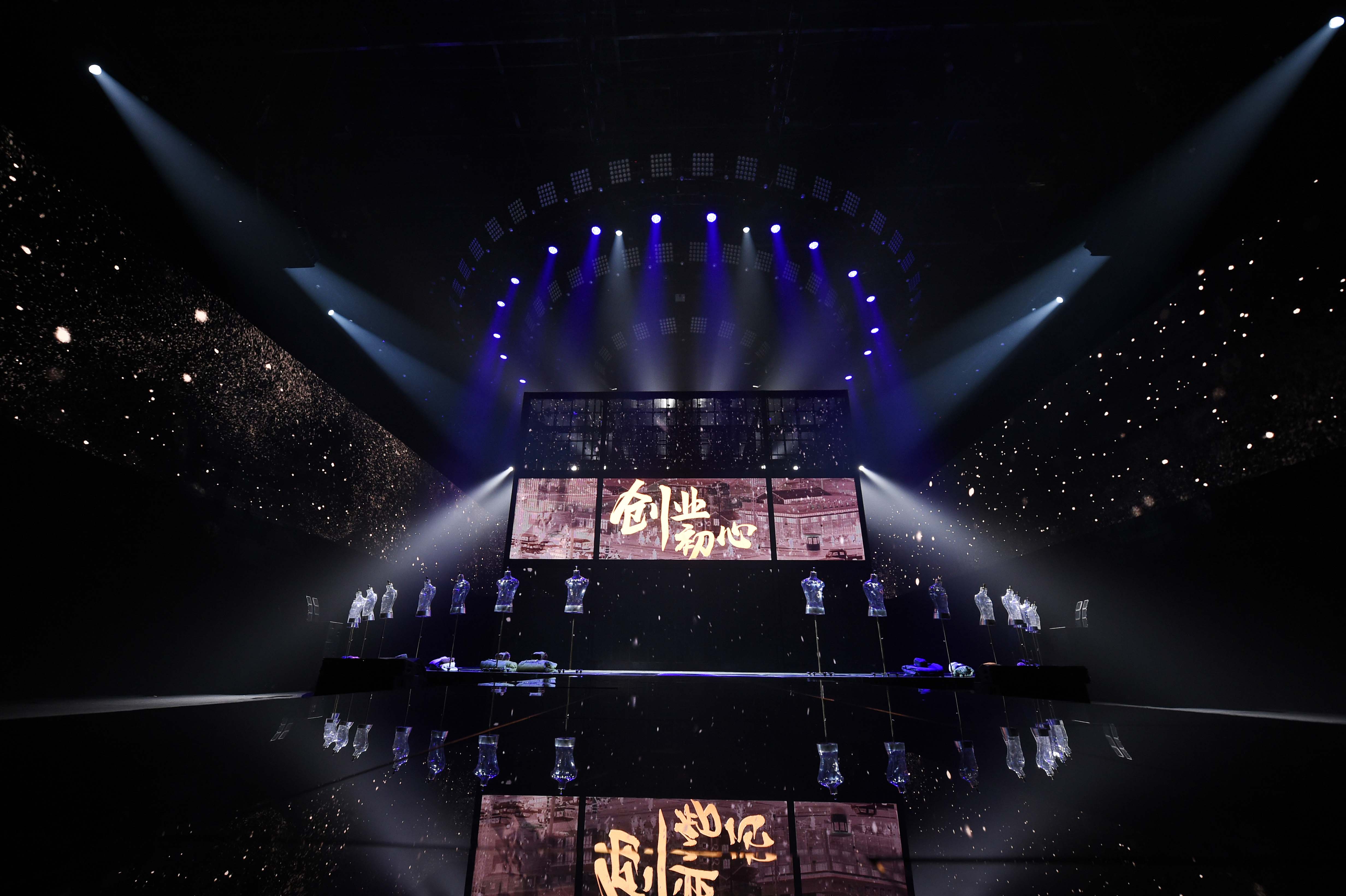 Since its inception 45 years ago, Bosideng has always been committed to the design and development of high-quality down jackets with professionalism and craftsmanship. The spirit of continuous innovation is deeply embedded in its brand DNA. The theatre show has been the first time for National Theatre of China to ever work with a private enterprise, collaboratively staging the history of a homegrown business in the form of artistic performance. The show was live-streamed on the People's Daily app and Xinhua News Agency's cloud platform with instant coverage and heated discussion on Global Times and The Paper.

Revisiting Brand History via a Stunning "Theatre Show", A Pioneering Concept in the Industry The great show has Tian Qinxin, Director of National Theatre of China, as its Creative Director and produced by a top-level creative team in China. Committed to the philosophy of creating "Chinese original drama, world classics, and experimental explorations", the National Theatre of China stages the most advanced and best works of the nation to its audience. Tian Qinxin, its incumbent director, has over 20 years of experience with true dedication to human-centered creation, bringing Chinese stories to the theater stage with her unmistakably distinct style. On the other hand, Bosideng, as a homegrown company in China, features a remarkable brand story of 45 years of innovation and breakthroughs. A perfect match, the two sides partner up to bring Bosideng's ascending to global leadership to the theatre stage, telling the story of an innovative and responsible national brand. 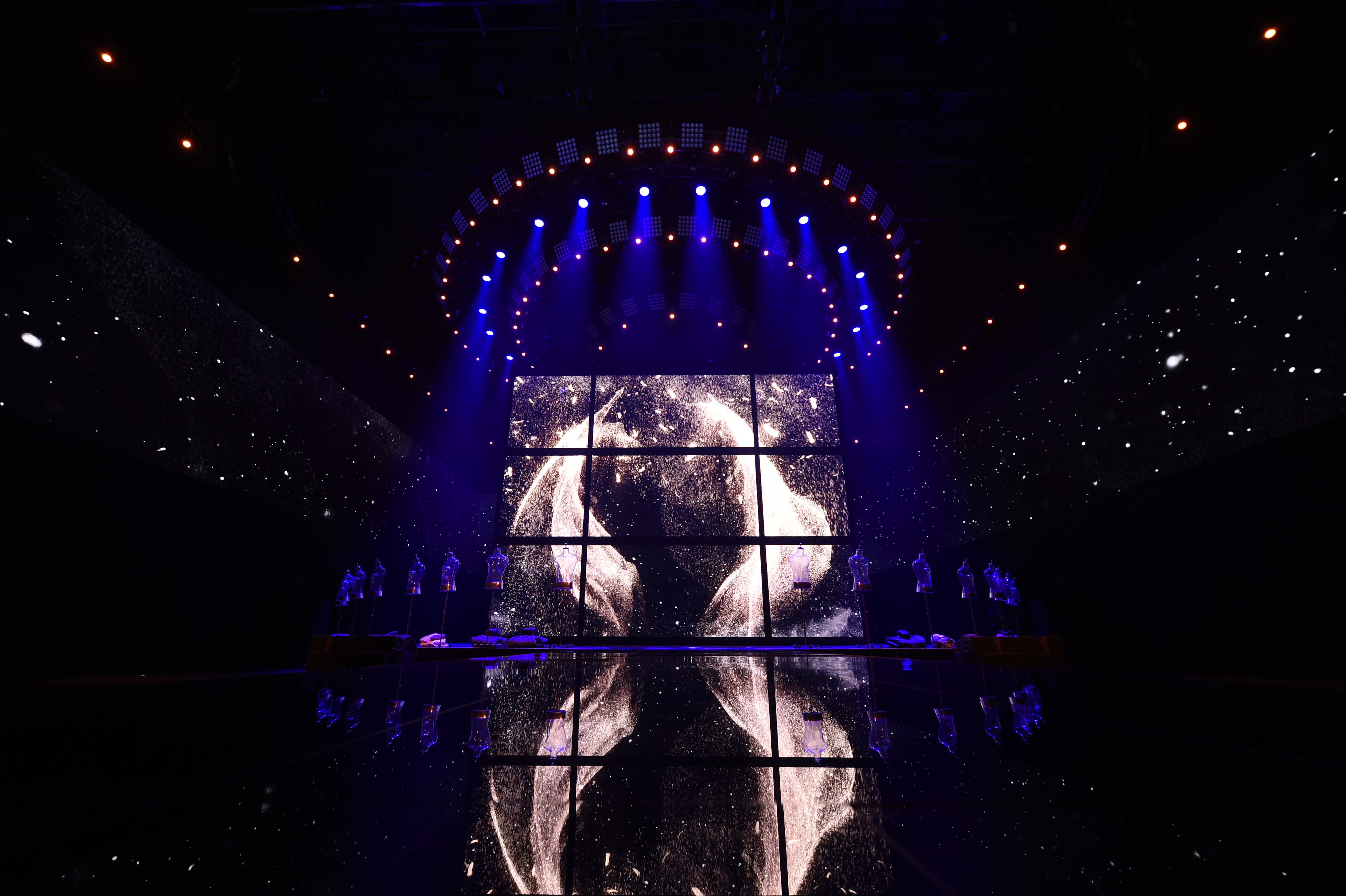 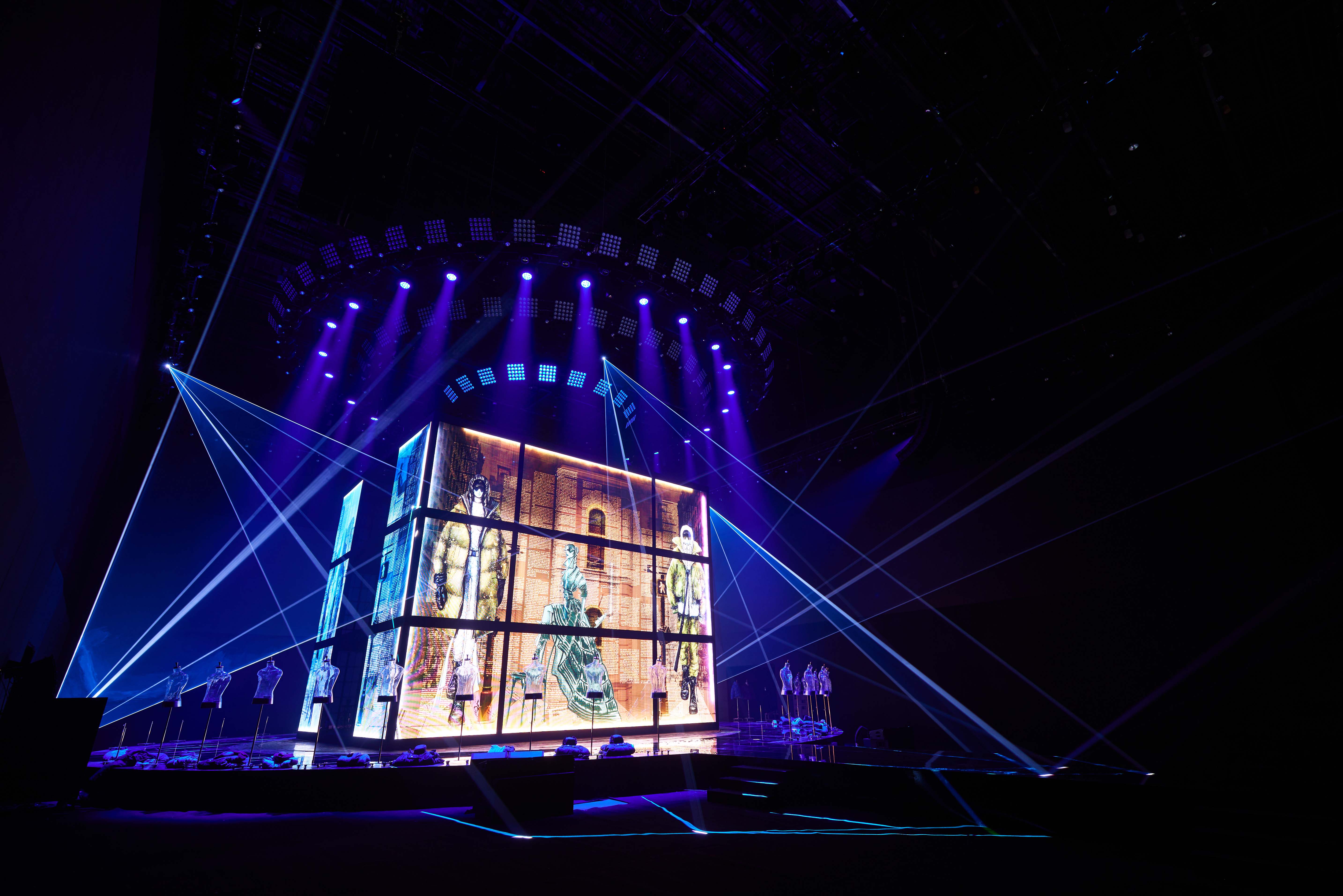 The event was unfolded in the form of a "theater show" that adopts innovative video technology, integrating theater art and fashion elements organically. The powerful stage visual effect features "instant shooting, instant editing, and real-time projection", weaving together a grand narrative across time and space. The revisit of Bosideng's development comprises of six chapters, including Start-up in the 1970s, Growth in Challenging times, Brand Upgrade, Ascending to Peak, Philanthropic Endeavor, and Global Leadership, and constitutes striking theatrical storytelling in both time and space. By showing the growth of the national down jacket brand into a global leader, the event encourages guests on-site and viewers online to travel constantly between the past and reality. 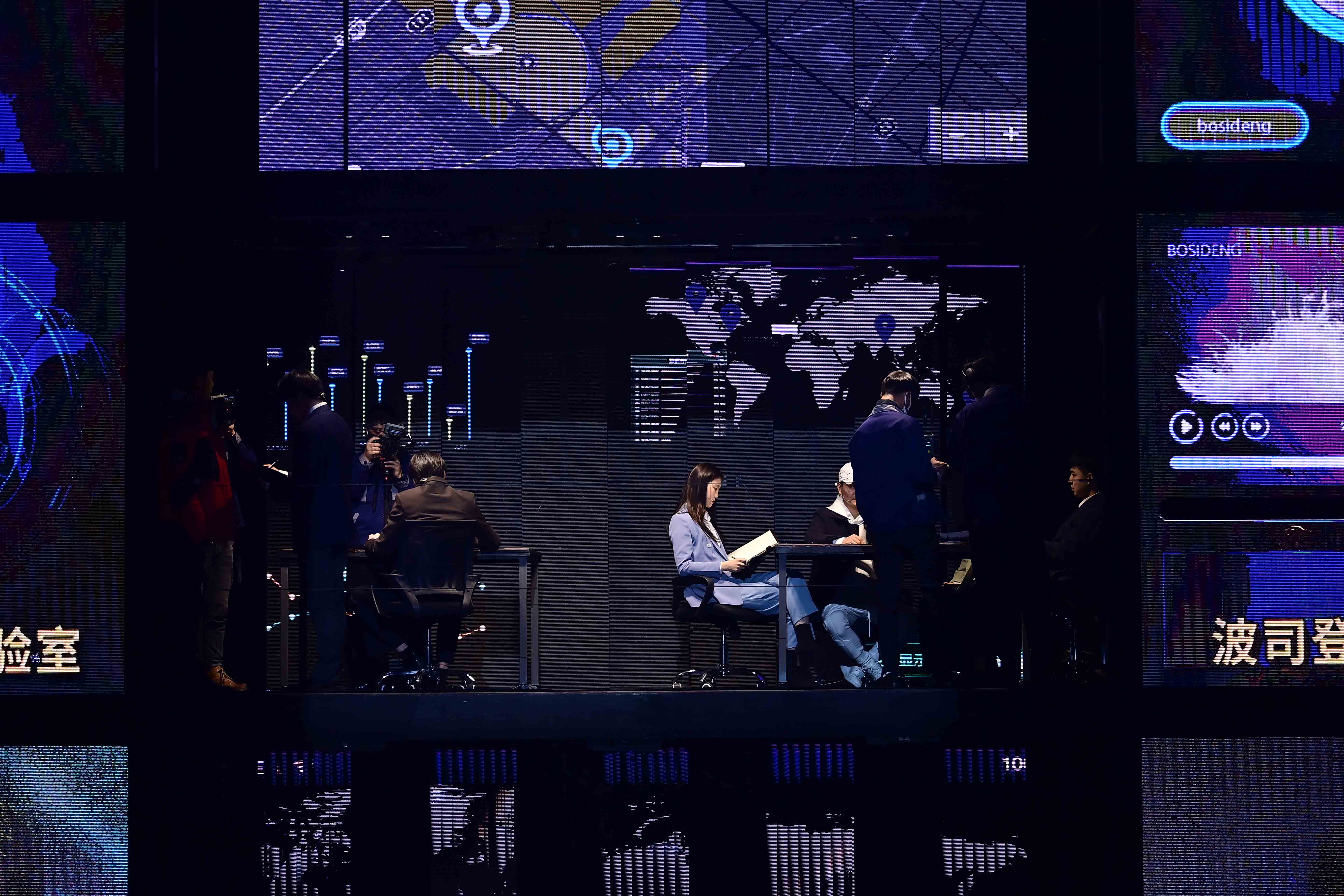 Those witnessing the brand's journey also include industry leaders as well as consumers from different age groups and professions. When it comes to Bosideng's global leadership and achievements, Sun Ruizhe, President of China National Textile and Apparel Council shares, "In an environment where competition has become globalized, Bosideng, an example of Chinese fashion brands, has joined the global market as a true leader in the down jacket category, thanks to its 45 years of craftsmanship, perseverance, and breakthroughs in design and technology. It has proven to the world the capacity of Chinese clothing brands." For consumers, the Bosideng down jacket also carries their warm memories and national pride. Chen Juan, a nurse who fought against Covid-19 in Wuhan, says that Bosideng's down jacket, which was worn on the front line of the battle against the pandemic, brought warmth and protection to the medical staff as a "second protective suit". She felt, "We are no longer lonely heroes. With this national brand providing us with support, we are able to stand stronger in the front line." Xia Boyu, a professional climber from China and the first double leg amputee to climb Mount Everest also says, "Both Chinese people and the Chinese brand arrive at and stand firmly on Mount Everest. At the same time, I am so proud of Bosideng, so proud of the mountaineers, and so proud of China!" Upon the curtain call, the actors and actresses appeared on stage wearing three new collections, the Fashion Collection, the pioneering Trench-style Down Jacket, and the Qomolangma Ⅱ down jacket, freshly launched in November with 100% original design in China. From category innovation and technological breakthroughs, the debut on the stage is a manifesto of the strength and leadership of Bosideng.

With the improvement of Bosideng's down jacket on both fashion and function, new brand awareness has started to take root among more consumers, which has also helped Bosideng to win more honors and recognition. In April 2021, Brand Finance, one of the top five international brand value assessment authorities, announced its Brand Finance Apparel 50 2021, where Bosideng was included for the first time, becoming the only Chinese brand on the list. In August, Euromonitor International, the world influential research agency, officially released its certification report to credit Bosideng as a global leader in the down jacket market. This proves that Bosideng has gained leadership in the global market with a strong leading edge. 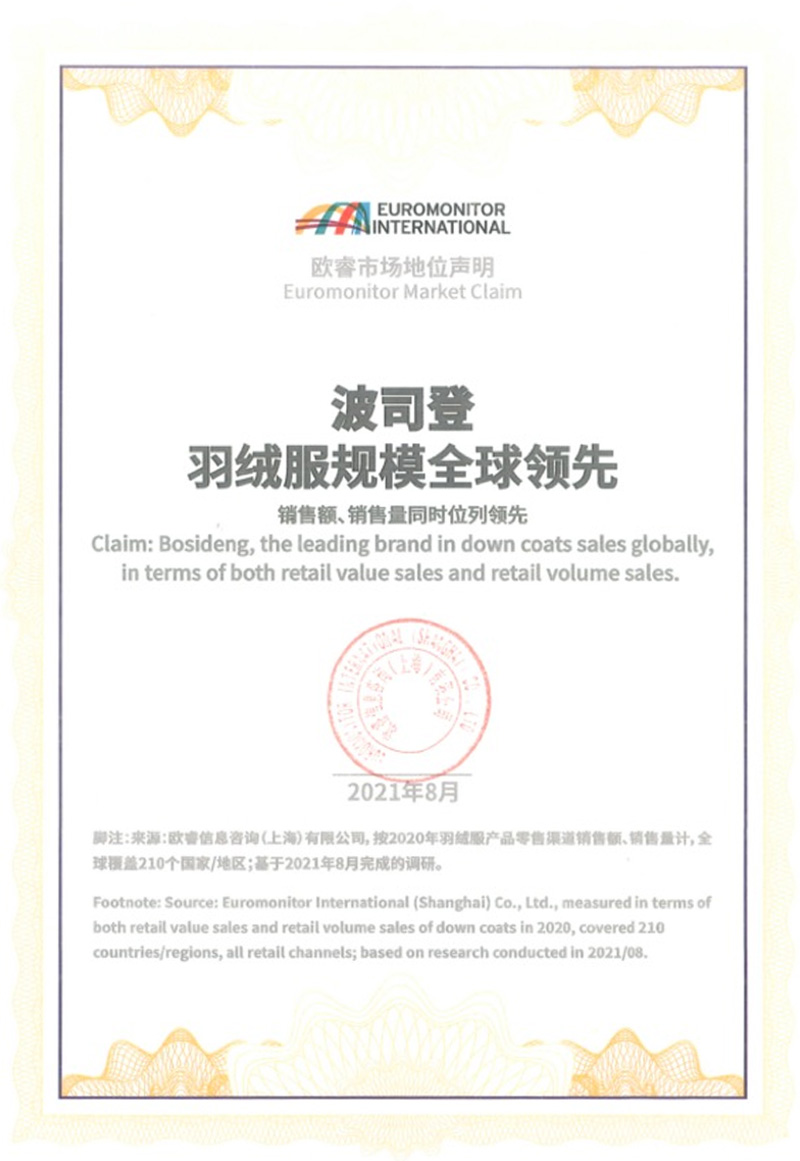 In recent years, Bosideng collaborated with a great number of top designers in the world, including Jean Paul Gaultier, a grand master in French haute couture and prêt-à-porter fashion design to launch popular and well-recognized co-branded collections. Furthermore, it was invited to land its show in three of the Big Four Fashion Week Calendars, including New York, London, and Milan, in three consecutive years, introducing Chinese brands to the international market. Currently, Bosideng has established its presence across the globe and become a favored choice by consumers in 72 countries, including the United States, France and Italy. On top of industrial recognition, Bosideng stays true to its brand mission of "Warming the World" with a great sense of responsibility and commitment. In 2020, Bosideng donated 300 million down jackets to the front-line workers fighting against the pandemic, demonstrating the responsibility and strength of a national enterprise. In October 2021, the flood-hit areas in Shanxi Province suffered from a worsening impact of continued cold waves. Responding efficiently to the demand of fighting against the cold weather, Bosideng donated supplies and cash worth 50 million yuan to bring warmth and hope to the afflicted areas and support the flood control and reconstruction efforts. Bosideng's dedication to public welfare also makes its brand image closely associated with an outstanding national brand among consumers. Looking in retrospect at the 45 years of brand development, Bosideng demonstrates a high level of professionalism, craftsmanship, and a strong devotion to its people and country. Moreover, it presents itself as a global down jacket leader, featured by innovative design, social responsibility, and support of national scientific research and expedition. In the future, Bosideng will build on its efforts in the down jacket industry and rise on the international stage together with more outstanding Chinese brands.